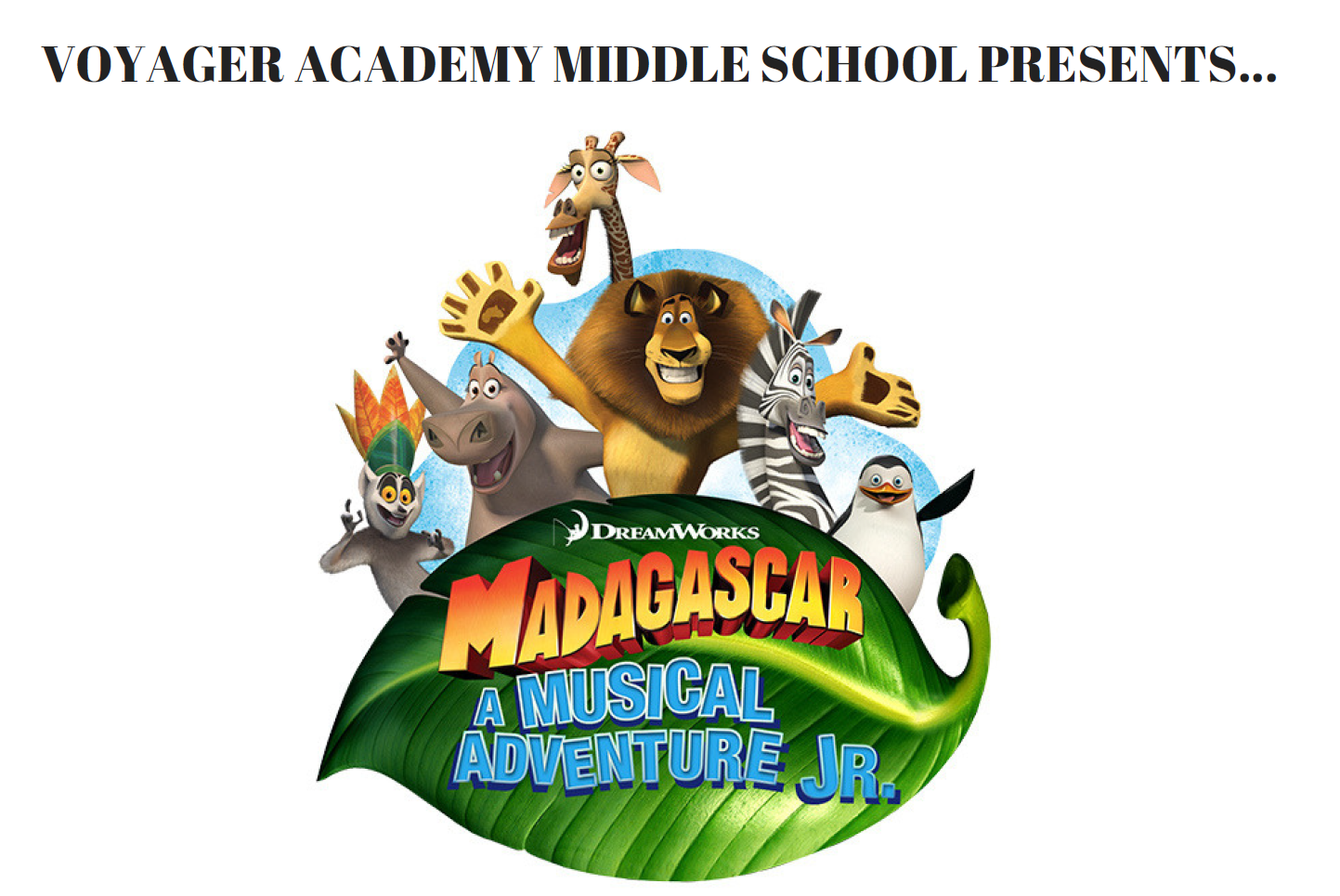 Come “Move it, Move it” with us as VOYAGER ACADEMY MIDDLE SCHOOL presents Alex the Lion, Marty the Zebra, Melman the Giraffe, Gloria the Hippo and, of course, those uproariously plotting penguins as they enter our stage in the musical adventure of Madagascar: A Musical Adventure, Jr. Not content to live in blissful captivity, Marty lets his curiosity takeover as he makes his escape to explore the world. His friends and some unusual penguins will not be left behind as they all embark on an unforgettable voyage.

Madagascar is presented through special arrangement with Music Theatre International (MTI).
All authorized performance materials are also supplied by MTI.

Voyager Academy (VA) is situated on a sprawling campus, and consists of three school buildings: VA Elementary School (400 students K-3), VA Middle School (500 students 4-8), and VA High School (400 students 9-12). Each school is led by its own administrative team (a principal, assistant principal, and support staff) and student services department (counseling and Social Worker), while overall supervision is provided by the VA Managing Director, who reports to the Board of Directors of Voyager Academy, Inc..

Central to its mission, and included in VA’s N.C. charter, is the use of project based learning, as an underlying K-12 instructional theme.